Please allow a few extra days for shipping—thank you for your patience during these times.

The world was a different place when Eskimo first began making ice augers in 1960. Three men,—Art, Dick, and Sam—came together to form “Ardisam,” the parent company of Eskimo to this day. This new company was, and still is located in rural,Northwest Wisconsin. The plan started with a goal to make powered ice augers and post hole diggers, and eventually a wide range of outdoor products is offered by various Ardisam brands today. Those first augers built 60 years ago though, laid the groundwork for the Eskimo brand of today. 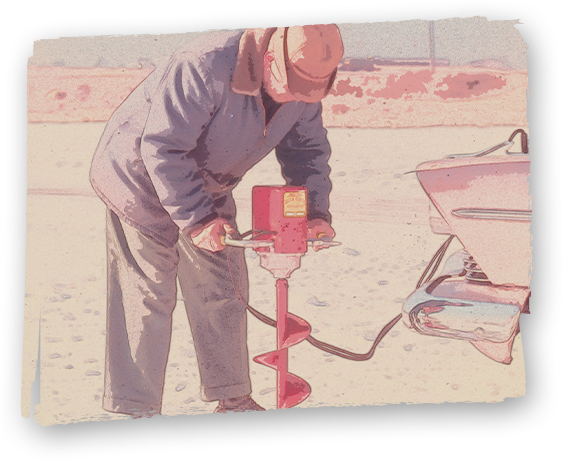 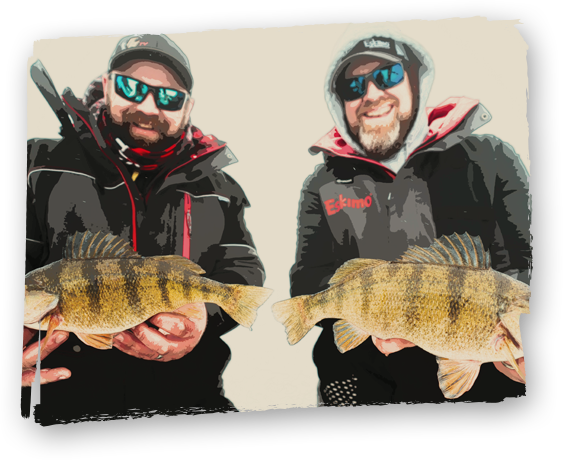 Our goal has always been to create products that help anglers to enjoy their time on the ice—and help them catch more fish. Eskimo products have become known for value,quality, reliability, and innovation. We carry a legacy that has been passed down from generation to generation, and we are proud of that. To truly understand what the Eskimo brand stands for, you need to understand what drives us. We believe that if we can make an angler’s experience more enjoyable—keep them warmer, make drilling a hole easier, keep them out longer, and help them catch more fish—we are doing our part to enhance the sport we love so much.

We love innovation. As our product line has expanded over the years, we’ve developed more and more products to help change the way people fish. We’re all anglers and outdoor enthusiasts at heart, so we use and enjoy the products we create, striving to solve problems and inconveniences that we ourselves encounter, knowing these solutions will benefit fellow anglers as a whole. 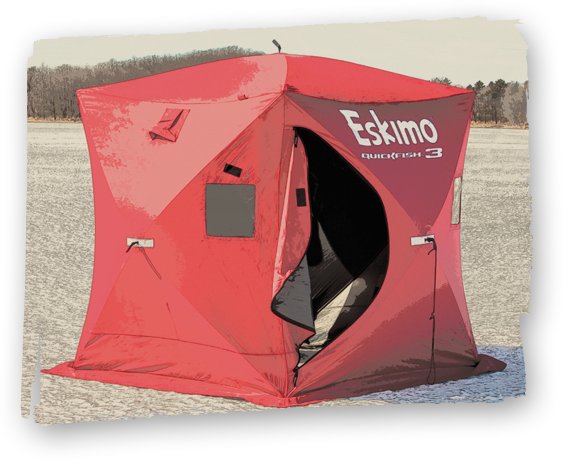 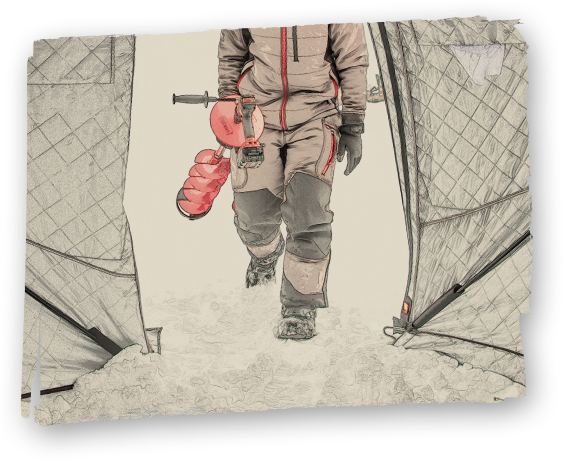 The QuickFish™ Series, which we still produce today, was the first pop-up portable,hub-style shelter introduced to the market in 2006. We then pushed this innovation further, thinking of ways to expand the fishable area. In 2012 we introduced the FatFish wide-bottom shelters which greatly expanded the footprint of portable shelters, and most recently we launched the Outbreak series of shelters in 2018 which added a full panel, no-trip door. Shelters aren’t the only thing that has changed. Augers have become lighter, faster and easier to use over the years, and a sport that was once dominated by gas augers weighing more than 30lb looks very different today. Drill adaptive electric augers like the Pistol Bit check in at under 4lbs and cut just as fast, if not faster than many gas augers.

Sign up to get notified of upcoming product launches, sales and other announcements.